I Love Lucy and Her Jewelry!

Lucille Ball is one of my favorite actresses.  I've always admired her for being strong, outspoken, gracious, and just down right drop-dead gorgeous.  When the male dominated industry of Hollywood moviedom didn't know what to do with this fabulously funny and intelligent woman she made her own way in the fledgling field of television.  And she wore fabulous jewelry along the way.

In this photo for a publicity still for the movie "Look Who's Laughing" she's wearing a uniquely beautiful necklace and bracelet set designed for her by Joseff.  I haven't seen this movie so I have no idea if she actually wore it in the film or not. 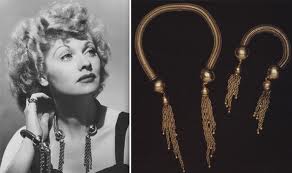 And here's my version of her Joseff necklace; a seed beaded herringbone rope adorned with Kashmiri beads, Chinese crystals, and Czech glass daggers. 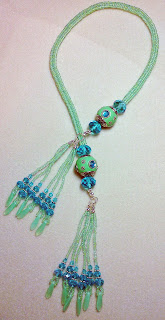 This second piece, a sparkling herringbone and crystal bracelet, was inspired by the wide diamond bracelets that were so popular in the 1930's.  Everyone from high ranking studio star to hopeful starlet was wearing them. 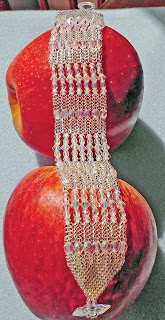 P.S.  This apple picture is a cryptic nod to a favorite movie of mine starring Barbara Stanwyck as a fortune hunting con artist who gets her man by conking him on the head with a half-eaten apple.  Any guesses as to what that movie might be?

What was once just an ordinary rock is now a fabulous piece of unique beaded art.

Some of My Favs

SaraBeth
I'm a happily married mother of one adorable little girl. I'm a published bead artist and jewelry designer, a belly dancer, an avid reader, fledgling blogger, and I dabble a bit in writing. 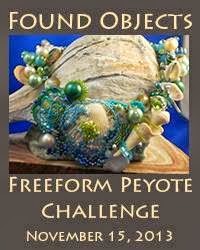 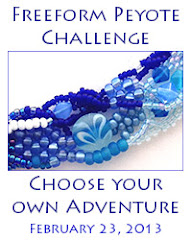